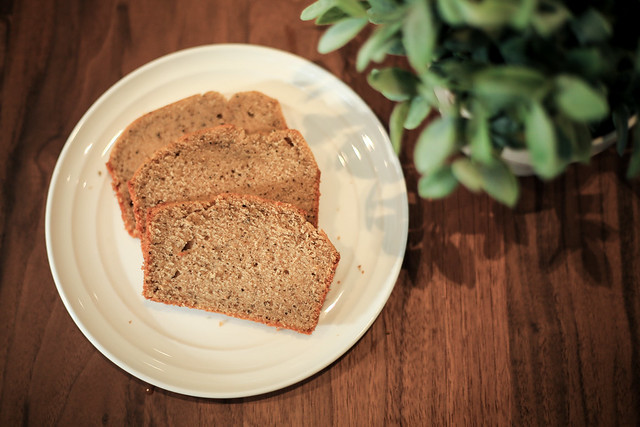 My House (another name for class in Med school) held a Christmas/ New Year party today and I decided to make an Earl Grey Tea Cake for dessert 🙂 I first tried this tea cake at a cafe in Lavender but it was quite expensive, about $4 for a slice. I did like the flavours though, so I tried to replicate it at home.

When the cake first came out of the oven, I fell in love with the texture. But when I kept it in the fridge overnight, the cake became a bit dry which wasn’t to anyone’s liking. So I’ll most probably be tweaking this recipe by adding in yogurt for a moist cake!

Another gripe I had was that the Earl Grey Tea flavour was not strong enough. The taste was good enough but stronger would be better. So perhaps use more tea bags next time for the milk infusion?

I’ll post the updated version after my exams when I have time to play around in my kitchen but till then 🙁 Goodbye!

Ps. The photos are prettier this time round because I took them on D’s pretty new hipster wooden table 🙂 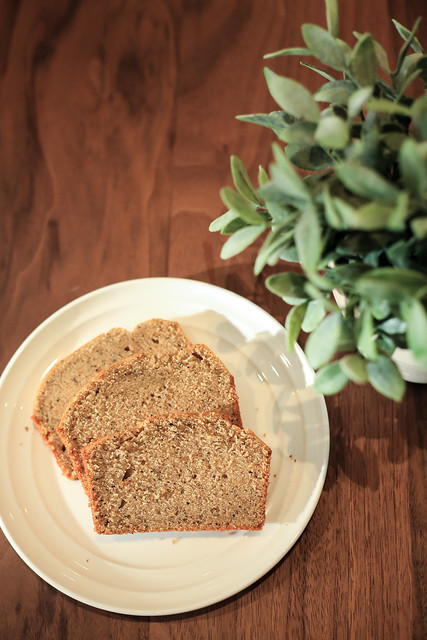 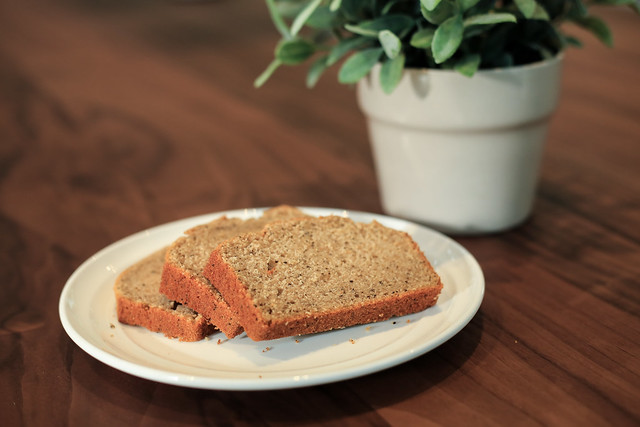 Directions
1. Simmer milk in saucepan over medium low heat
2. Add the Earl Grey tea bags into the milk, cover the lid of the saucepan and steep for 20 minutes.
3. After 20 mins, squeeze tea bags of any milk and ensure that the infused milk still adds up to 240ml. If it doesn’t, add more milk.
4. Cut open the earl grey tea bag to use the leaves inside. Whisk the leaves, flour and baking powder together.
5. In a stand mixer, cream butter and sugar together for 5-6 minutes until light and fluffy.
6. On low speed, add in eggs one by one until well-mixed.
7. Add in flour and milk tea in alternate batches until the flour is well-mixed, starting and ending with the flour mixture.
8. Preheat the oven to 175 degrees Celsius.
9. Pour the batter into your loaf pans.
10. Bake for 30-40 mins until the skewer comes out clean. Enjoy! 🙂